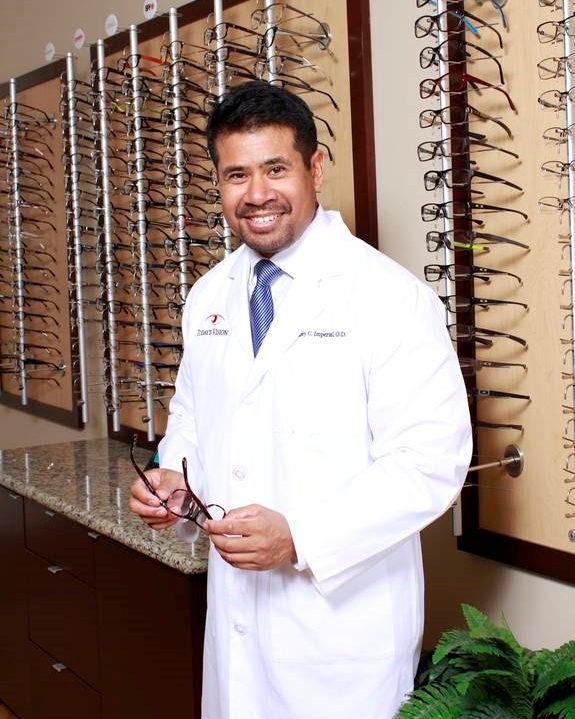 Sidney C. Imperial, OD earned his Bachelor of Science degree in Biology and Psychology from Houston Baptist University and his Doctor of Optometry from the Inter American University of Puerto Rico. Dr. Imperial went on to complete a post graduate residency program in ocular disease at the Amarillo VA Medical Center in affiliation with Northeastern State University School of Optometry in Talequah, Oklahoma. Following his residency, Dr. Imperial has practiced with leading ophthalmologists in Albuquerque, New Mexico, Dallas, and Houston where he specialized in cataract and vision correction surgery co-managment and the treatment of eye disease. From managing over thousands of laser vision correction cases, Dr. Imperial has a keen interest in treating dry eyes. As an optometric glaucoma specialist, Dr. Imperial has an extensive experience in the evaluation and treatment of glaucoma.

Dr. Imperial is fluent in Spanish.

We are excited to announce that we have re-opened again!

To learn more about our COVID-19 protocols please CLICK HERE